Take a closer look: the area around the eyes 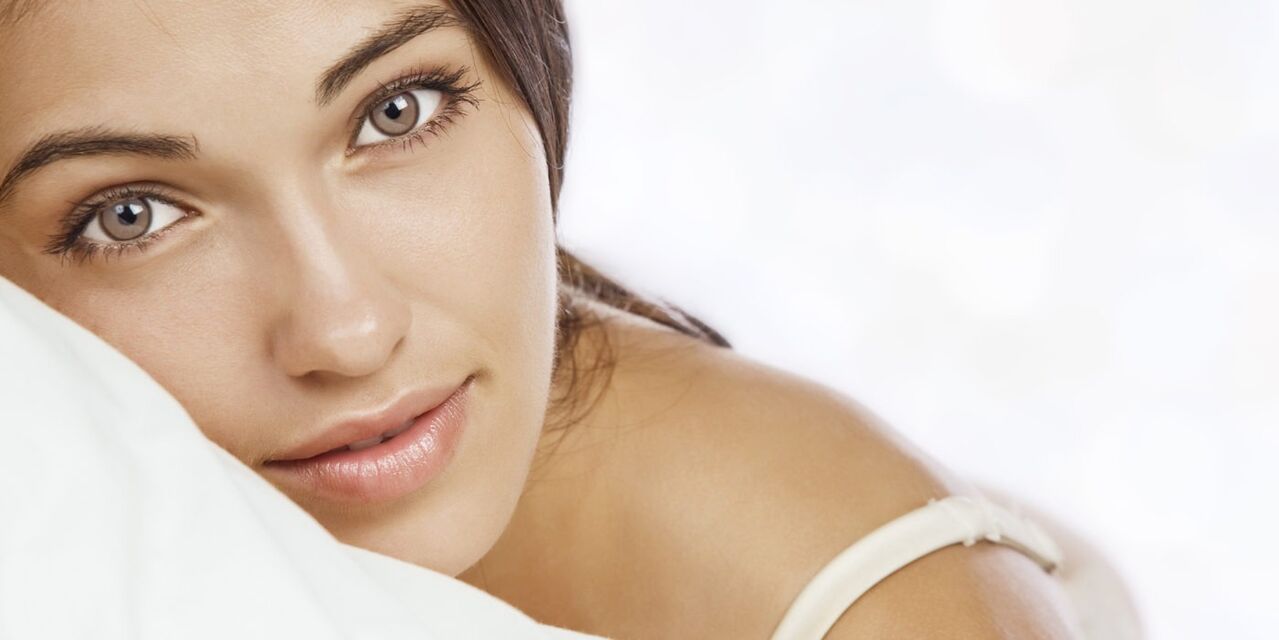 When it comes to determining whether a face is attractive or tired, it is the eyes that are of paramount importance. An experienced eye can instantly determine all the secrets of our life and heritage by looking only at our eyes. In medical terms, as we age, our body undergoes a long series of changes and it is the delicate areas around the eyes that are the first to show the signs of these changes.

For some, these signs appear earlier, for others - later, but many of us are wondering: what factors are responsible for the appearance of wrinkles and drooping eyelids, and what can be done to join the league of owners of ever-young eyes.

Unravel the mystery of aging eyes

Blepharocalasia is not only a strange and difficult word to pronounce, but also a medical term for the appearance of excess skin around the eyes or the effect of heavy eyelids. This is a fairly common problem caused by the normal aging process, fatigue, allergies, slow lymphatic drainage, or a number of other medical conditions.

What is special about the skin around the eyes and why is it so delicate?

The skin around the eyes is seven to ten times thinner and more delicate than the skin on the rest of the face and body in general. With age, the skin becomes even thinner due to the loss of collagen, elastin and hyaluronic acid (which keeps the skin hydrated). The delicate skin is stretched under the action of the fat body, which leads to noticeable sagging bags under the eyes. The protrusion of infraorbital fat is considered a common manifestation of the aging process. In addition, aging and a number of other factors affect the weakening of the muscles, which only worsens the condition of the bags under the eyes.

Researchers recently conducted a study to identify risk factors leading to eyelid dropping, with a focus on genetic factors. They studied two groups of people. The first group consisted of 5, 578 unrelated people. 17. 8% of the participants in the group had moderate to severe droopy eyelids. In the second group, there were 2186 twins and 61% of the participants in this group had inherited droopy eyelids. These findings support the fact that the most common cause of droopy eyelids is heredity.

The periorbital area is drier because there are fewer sebaceous glands than the skin on the rest of the face. Therefore, its lipid barrier is worse and it is more prone to the formation of mimic wrinkles.

Prominent cheekbones and sunken eyes. This is the cause of the hollows under the eyes, the shadow of which creates the illusion that the skin under the eyes is darker, although in reality it is not. As we age, the facial bones of the skull change and this situation worsens.

Dark circles under the eyes are actually the result of the oxidation of hemoglobin. Hemoglobin is the main component of red blood cells, it contains a heme group, the iron atoms of which bind oxygen molecules.

6. Toxins in the body

Dark circles under the eyes can indicate sleep problems or the presence of toxins in the kidneys or liver. According to traditional Chinese medicine, the top of the eye and the area just below the eyes is the area of the kidneys. Swelling and fluid retention in this area is a sign that the body has too much fluid (watery, swollen circles, with a blue tinge) or is overloaded with mucus (greasy and swollen, with a yellow tinge). White or blue circles under the eyes indicate fatigue or exhaustion. A yellow tint indicates a malfunction of the liver and gallbladder. If the gallbladder is not up to the task of processing and breaking down fats in the body, this can contribute to the appearance of milia (small white-yellow bumps) around the eyes in some people.

The skin suffers from frequent blinking and facial expressions (such as smiling), also called expression lines.

Iron can be another contributing factor. Red blood cells need iron atoms to attach oxygen molecules to themselves. When the iron content in your body is low, red blood cells cannot bind oxygen to themselves and thus bluish circles appear under the eyes.

Puffy eyes are another problem that can appear regardless of age or gender. It is caused by a diet high in salt, smoking or alcohol. Due to an unhealthy lifestyle, dark circles under the eyes and the first wrinkles also occur.

If you want to know how your eyes will change with age, look at your parents. This will give you a clear idea of whether you will have a large fat pad under your eyes. But you can try to change the genetic plan with the help of aesthetic medicine.

Other causes of skin deterioration in the periorbital area can be: stress, malnutrition or malnutrition, too much sleep or lack of sleep, excessive use of cosmetics (remember to rinse every night), washing too often with products that dry the skin. skin (avoid alcohol in cosmetics) and damage from sunlight - photoaging.

Wrinkles, bags, dark circles, drooping eyelids are not only unsightly, but can also cause vision problems and headaches (from the constant effort of keeping your eyes open). There are many surgical and non-surgical treatments available for tired, sagging or aged eyelid skin.

The choice of the eye contour rejuvenation method depends on the type of ailment we are dealing with. For example, aged skin of the upper eyelids may need to be tightened due to excess skin and muscle weakness. The lower eyelids may require treatment of swelling and thinning of the skin, as well as the removal of pockets of fat. Dark circles under the eyes require separate treatments.

The simplest and most effective way to smooth the skin around the eyes is with injectable fillers. They provide a natural look to the skin and help fight sunken eyes. Fillers also improve the condition of dark circles by 15-20%, but are practically useless in the fight against body fat. There are several types of specially formulated hyaluronic acid gels that reduce wrinkles around the eyes, giving the skin volume and hydration.

Laser surgery is a non-invasive way to tighten the skin around the eyes. CO2 laser rejuvenation or Fraxel is a very gentle way to gradually restore the youth of the eyelid skin, which can be used in parallel with fillers or surgical techniques.

Lasers at the microscopic level cause thermal damage to the skin, to which the skin reacts with rapid healing and removal of old damaged cells. The old cells are replaced by new, younger cells. The CO2 laser can also improve skin elasticity, texture and reduce fine or deep wrinkles, acne scars and freckles.

If non-surgical methods do not provide the desired result, blepharoplasty (or eyelid reduction surgery) is used. This procedure is a very effective way to achieve the desired look.

The surgeon makes small incisions in the eyelid and under the eyes, removes excess fat and tightens the skin, then closes the incisions. Removing the fat pad under the eyes significantly reduces swelling. Surgery can also remove droopy (drooping) eyelids, but it does nothing to combat dark circles or drooping eyebrows - these issues need to be addressed separately.

Blepharoplasty is the only way to remove a bulging fat body, especially in overweight people (excess fat accumulates under the eyes in these patients). But non-surgical methods do a great job with tightening the skin, wrinkles and hollows under the eyes.